Making an ebike is easy enough, but controlling the motor speed is tricky. You want a bit of regen for braking (so a sensor on the brake lever?), and power when pedalling (A crank rotation sensor?), and it would be nice if the bike was only putting a lot of effort in when you were, which is really the product of the speed the pedals are turning times the force on them (A force sensor on the pedals?).

Is this sounding like a lot of effort and fragile sensors to buy, fit and maintain?

A broken inductor for a sensor!

And you’re done. You can now measure the rate of movement of the chain, the direction the chain is moving, and the tension in the chain. As a bonus, the circuit doesn’t mind getting wet, has no moving parts, and is non-contact. 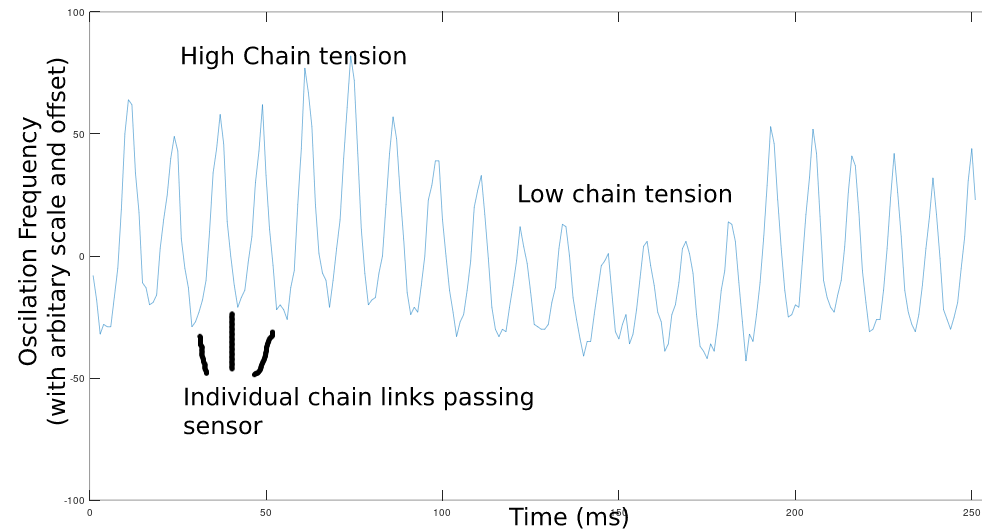