I always wondered… where does the energy from all the people in a gym go? Do gyms use it to power the lighting? Is it enough to sell and have an effect on the business bottom line? Might a really strong cyclist be paid to cycle all day?

Well… bad news. It turns out all gym equipment just wastes all the excess energy you put into it as heat. The engineer in me thinks thats a huge waste of human effort.

So I decided to change it. I bought an excercise bike stand, and took it apart to make that energy come out and do something useful! 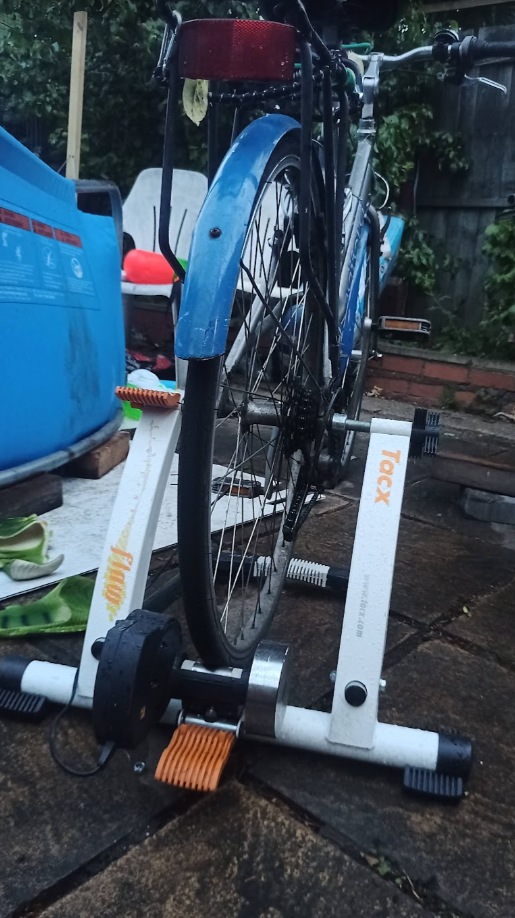 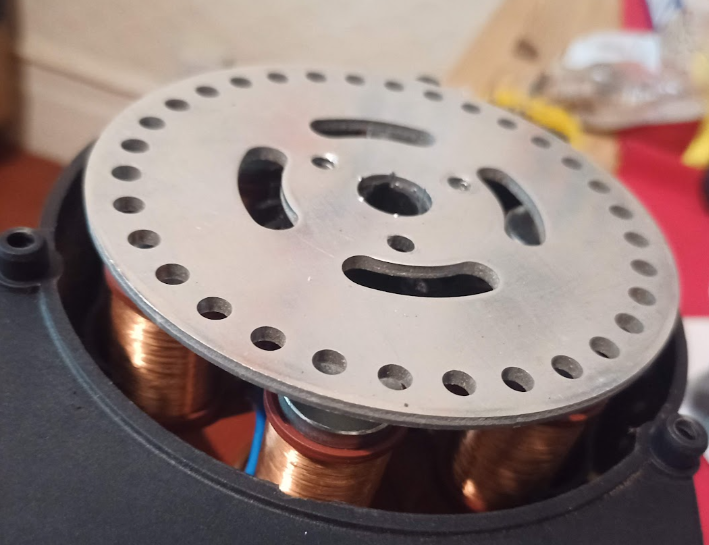 It uses the principle that a piece of aluminium moved through a magnetic field fast will be slowed down, and the energy turned into heat in the aluminium (through eddy currents). The magnetic field is made by permanant magnets above (removed in the photo), but also electromagnets below (which can be varied to adjust the effort).

So… How to change it to make power? Well, I decided to remove the aluminium, and make the magnets spin instead just above the coils. I made a rather nice 3d printed bracket to hold it: 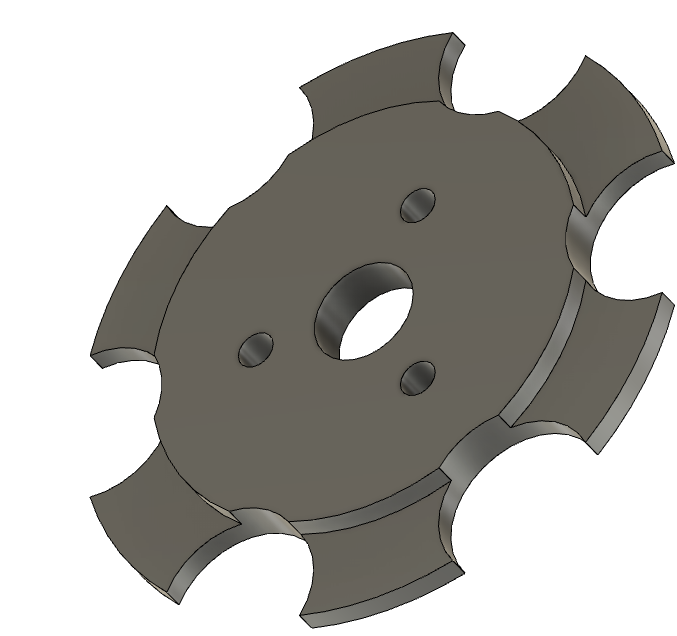 1500 volts AC!!! Thats a little much… I swapped the coils from series to parallel to get fewer volts.

Now I get 250 volts at 220 Hz when pedalling around 15 mph, which is perfect! It turns out most electronics don’t really care about the frequency, since they have a bridge rectifier on the input anyway. Most electronic things can handle anything from 94 Vac (minimum allowed in Japan) to 253 Vac (maximum allowed in the UK) - in practice, the range is often wider, especially if you’re happy to risk blowing stuff up.

So, the coil set impedance at DC is 150 ohms. Thats high, but if the open circuit voltage is 250 volts, I should still be able to get 1 amp out at 100 volts - ie. 250 watts of leg power in, 100 watts of usefulness out. But when short circuited, I was clearly getting far from that. What could be wrong?

It turns out the magnetic field lines like to have a short path. Thats why if you pull a motor apart the steel and the copper are crammed super close together. Mine aren’t close together. Thats bad. Magnetism can have ‘resistance’ in the same way the electricals have resistance, and they behave similarly. My magnetic ‘circuit’ was too long, the ‘wires’ too thin, and the air gaps too large.

I’m not a man with a mechanical workshop, so redesigning the bits of steel was out of reach. But I could do something about the air gaps. I reprinted the 3d printed rotor holder, and used paper shims to bring the air gap down to an average of about 0.5mm (from 2mm). 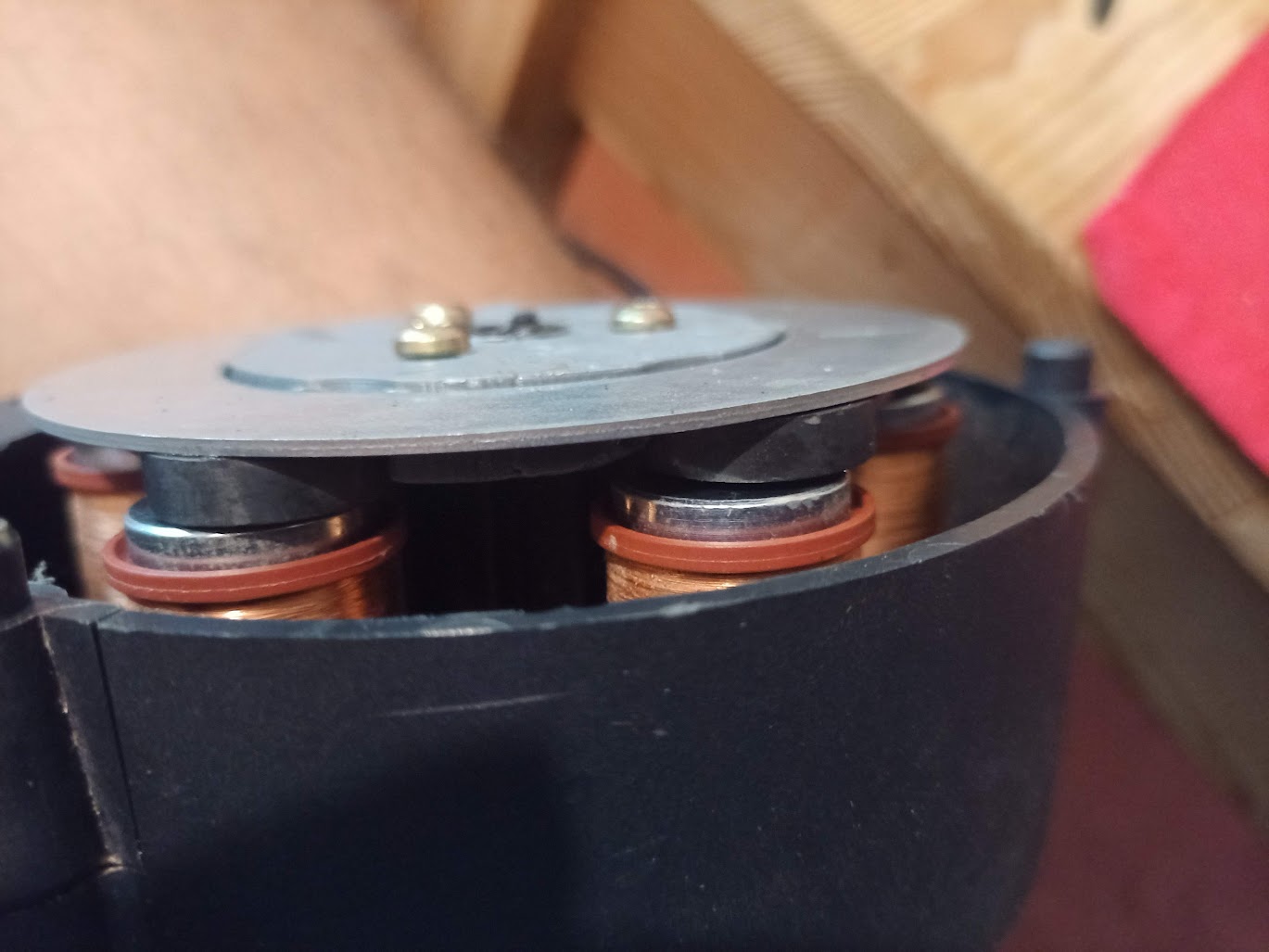 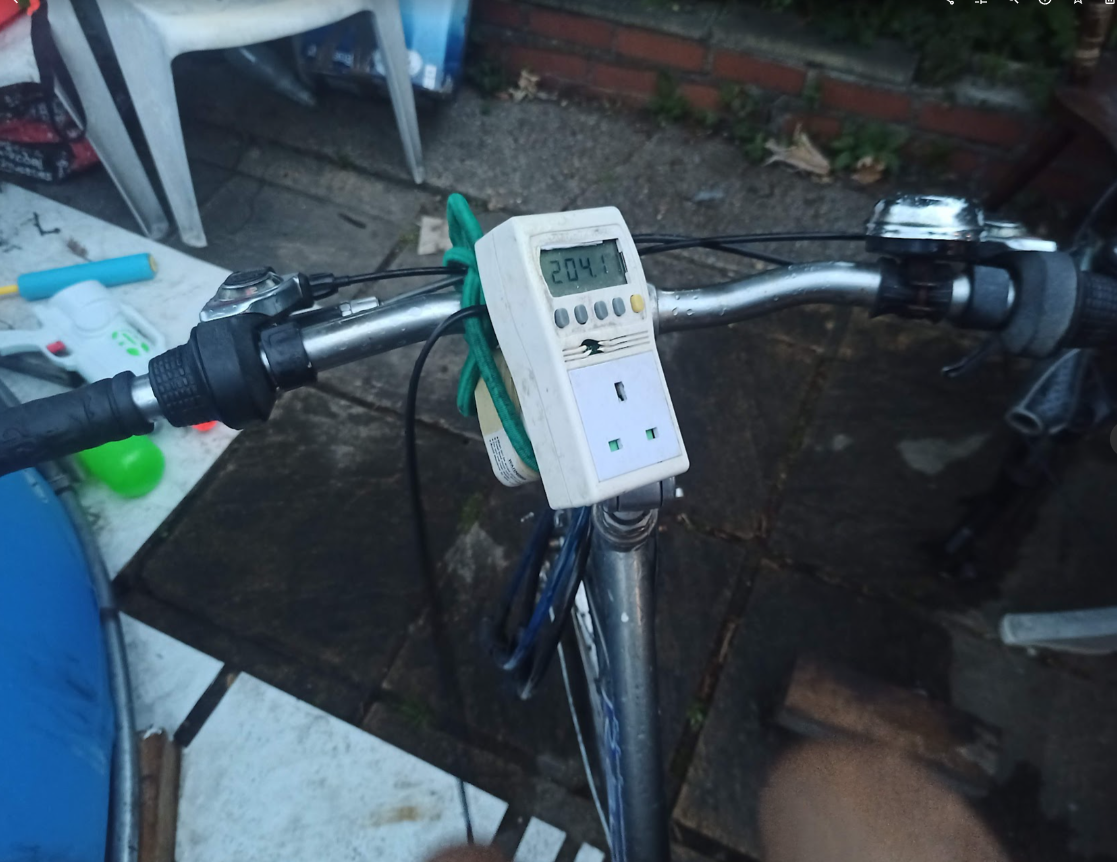 With all the above changes, I can finally power my laptop!

Overall, I think I can get about 30 watts out of this setup. The mechanical input effort is still pretty low, so ideally I’d redesign the generator to have better magnetics so I could extract more energy from my legs. But it was a fun experiment!